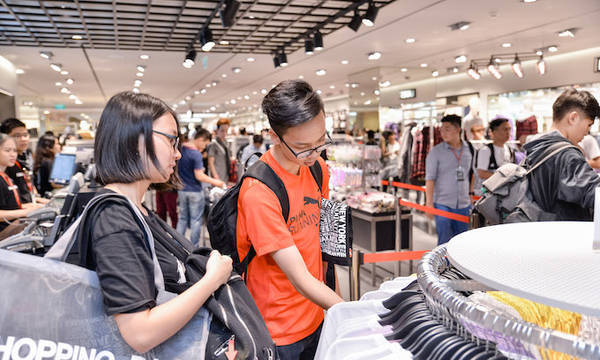 The Spanish company has only two stores in Vietnam – in Hanoi and Ho Chi Minh City – yet left local brands like Tam Son Fashion and Mai Son International Retail trailing far behind.

Its products have been distributed by Indonesia’s Mitra Adiperkasa Group since it came to the country in 2016.

Vietnam is Mitra Adiperkasa’s second largest market after Indonesia. Its revenues in Vietnam in 2018 almost doubled the previous year’s figure and four times higher than that in Thailand.

But despite the rapid increase in revenues, pre-tax profits of Zara Vietnam were a mere VND98 billion ($4.22 million), or 6 percent of revenues, since selling expenses are high.

Statistics Portal, a German market analysis firm, has forecast the compounded annual growth rate of the Vietnamese fashion industry in 2017-2022 will be 22.5 percent.

A survey by Nielsen last year found that clothes were Vietnamese consumers’ third spending priority after food and saving. The survey also shows Vietnam ranks third globally in the number of people fond of branded goods after only China and India.