Arby’s, known for its massive, meaty sandwiches, is lightening up with the roll out of five new sliders.

The fast food chain announced Monday that the new petite sandwiches will include fried chicken, sliced ham and their signature roast beef, each with a variety of toppings that max out at 290 calories. In a bigger-is-better world, the move to miniaturize may seem unlikely from a chain with a slogan like, “We have the meats.”

But Arby’s hopes the sandwiches will prove popular with a new type of consumer. 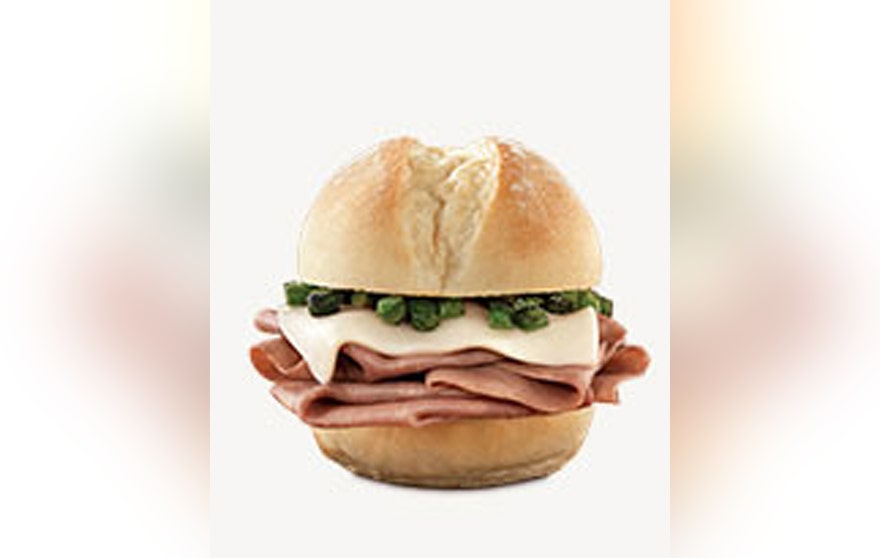 “Our business is really about big, meaty sandwiches,” Arby’s chief marketing officer Rob Lynch explained to FoxNews.com. “But not everyone is going to eat something like that at 3:30. It drives our lunchtime business and they [big sandwiches] do well at dinner but we wanted boost sales during the snacking hour—that mid-afternoon time of day when you just need a little something.”

While Lynch acknowledges that the new offerings may not be for the “big guys working on construction site,” he says they hope the sliders will appeal to busy parents shuffling kids from school to afternoon activities, or teenagers looking to grab a quick bite later in the day.

The jalapeno slider is Arby’s first foray into the on-trend spicy food market and the chain already has plans in the works for more.

“We looked at 80 different types of jalapenos for this sandwich,” Lynch said. “You will definitely see jalapenos on new Arby’s menu items coming up.”

We tried the five sandwiches and they were all surprisingly tasty—a few almost tasted fresh enough to be homemade. For anyone familiar with Arby’s lineup, the sandwiches offer the same type of carved meats that appear on larger sandwiches, just in smaller portions. Don’t expect something gourmet here, but the sliced meat is a welcome change from a tough, rubbery hockey puck of beef commonly associated with with fast food burgers.

“The ham and cheese is really good,” said one taster. “If you hadn’t told me this was from Arby’s, I wouldn’t think it was fast food.”

The sandwiches topped with Swiss didn’t score well with some of our tasters, who felt the cheese was too bland and looked like a white American cheese whiz.

One of the favorites was the jalapeno beef sandwich, which features fresh, roasted peppers that still have a little crunch—and bring more heat than Burger King’s new Fiery Chicken Fries.

“It’s actually spicy. And you can tell that it’s really a pepper and not some artificial topping,” said another taster.

So will it sell?  Most fast food is already portable so the sliders may not be revolutionary– though they do come in a White Castle-style box for easy storage. But, like McDonald’s Dollar Menu, Lynch hopes the small sandwiches’ affordability will help drum up business.

“It’s an opportunity for folks who haven’t tried Arby’s in a while to come in and try something different…without shelling out $5 for a full sandwich.”

Arby’s new sliders are available a la carte for $1.29.