Until now, the company only offered pickup. 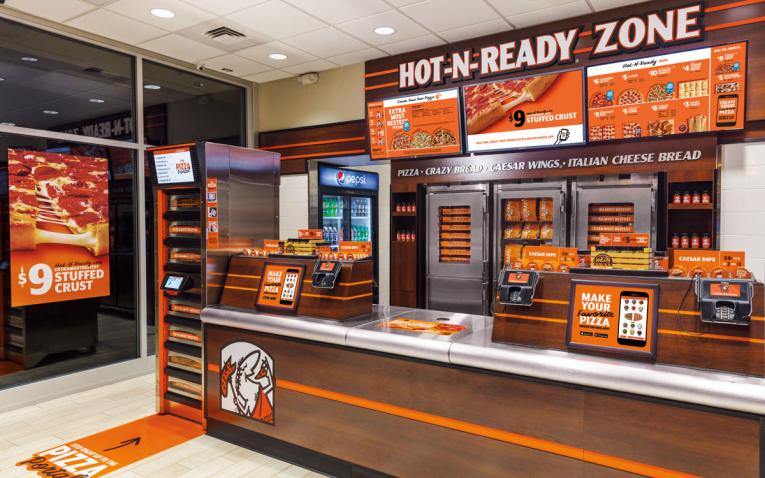 Even Little Caesars isn’t exempt from the delivery boom. The company announced Monday it’s teamed with DoorDash as a last-mile partner to bring pizza to customers for the first time in 60 years.

To date, the country’s third-largest pizza chain offered Detroit-style pies and breadsticks only via pickup—a move that kept menu prices low and established a key point of differentiation among top competitors. The delivery switch won’t disrupt Little Caesars’ value proposition, however, the company said. “On top of convenience, a delivery pizza order from Little Caesars cost at least $5 less than the same order from the other three top national pizza chains,” it said in a release.

Little Caesars said it will offer the same everyday menu price whether it’s through pick-up or delivery, and serve all quantitys, meaning customers can even order single pizzas.

Note: The company based the $5 claim on the price of a delivered pizza order with delivery fees for the top four national pizza chains, on a national basis. It accounts for one or more large Little Caesars pizza(s), with up to five toppings, and the other three pizza chains’ comparable large pizza(s) sold at everyday menu prices.

Delivery of Little Caesars’ full menu, available during all operating hours, will be live at most of the brand’s nearly 5,000 restaurants in the U.S. and Canada. Little Caesars finished 2018 with 4,262 domestic restaurants and total systemwide sales (in millions) of $3,800.00 on average-unit volumes of $874,000.

The company said delivery will run solely through Little Caesars’ app and website, powered through DoorDash. Customers use the platforms to order ahead, pre-pay, and then choose pick-up or delivery. The app notifies drivers when the order is ready. Then the delivery driver bypasses the store counter, collecting items using Little Caesars’ Pizza Portal pickup, and delivers to the customer. The chain also activated GPS tracking for guests from store to door.

The company said there is complete integration between point-of-sale and app, as well as “hot bag equipped drivers” to keep product fresh.

But, again, Little Caesars stressed the value element. “Some chains require a minimum purchase to get their deals, or the discount pricing is only available on carry-out orders. We’re excited to bring much needed affordability to delivered pizza,” said David Scrivano, president and CEO.

A DoorDash spokeswoman told The Wall Street Journal that a pilot run indicated the partnership with Little Caesars could drive sales and profit for both companies. DoorDash serves a host of quick-serves currently, including Burger King and Chipotle. Per credit card data from firm Second Measure, DoorDash accounted for 37 percent of U.S. food delivery sales among top third-party vendors in October.

The spokeswoman said delivery at Little Caesars will cost $2.99 plus a 10 percent service fee that’s capped at $3.

The move should help Little Caesars fight for share with some of the more established delivery players in the space. Domino’s has faced plenty of competition from aggregators in recent quarters as it turns to fortressing to cluster markets, shrink territory for deliveries, and, in turn, improve the wage rate equation for drivers and franchisees, as well as bolster carryout business and service times.

Pizza Hut meanwhile has leveraged Grubhub to find guests lately. At Q3’s end, the chain expanded its partnership pilot to 700-plus restaurants. Yum! CEO David Gibbs said the chain is “well positioned to leverage being listed on the Grubhub marketplace. But by fulfilling delivery orders through our own delivery network, this gives us better control of the customer experience.”

Additionally, Papa John’s inked a deal to serve pizza through Uber Eats, and also has partnerships in place with Postmates and DoorDash.

These partnerships give Papa John’s a boost on the technology front, CEO Rob Lynch said earlier, but also help assert the brand’s leadership in the pizza category.

Lynch noted that Papa John’s already has a “large number of our restaurants and our franchisee restaurants already working with aggregator partners,” but that it was still a relatively small part of the business. “We think that they can help us both through customer acquisition as well as productivity and throughput during our highest peak periods as they offer more drivers to be able to take our orders …” he said.

Sign up for FREE and receive the latest franchising news and insights for Asia.