The influx of global brands 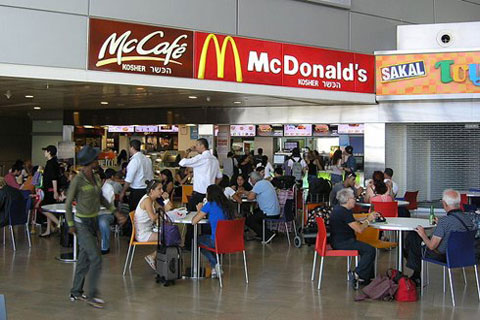 Managing Director of McDonald’s Vietnam Nguyen Huy Thinh has confirmed that the first shop, at No. 2-6bis Dien Bien Phu Street in the central district No. 1 in HCM City, would be inaugurated after 2014 Tet, or in February 2014.

The menu would include the most favorite dishes, from Big Mac sandwich to Cheeseburger or French fries. Especially, the 24/24 service and drive-thru service to be provided showed the strong determination to win the hearts of consumers and the effort to understand Vietnamese consumption habit.

In April 2013, The Pizza Company, a Thai fast food brand, made its official presence in HCM City.

In late 2012, a subsidiary of IPP Group became the franchisee partner of Burger King, the US fast food chain. The first shops of the chain were opened in Hanoi and HCM City in early 2013.

A senior executive of IPP revealed that it would open 3-4 new shops every month in big cities nationwide.

After the 2013 Tet, Starbucks set foot in HCM City market, opening the first shop in the city and has been expanding its network since then.

A lot of new foreign names have been heard recently in the retail market. Lotte, after opening its supermarkets in HCM City, Da Nang and Dong Nai province, has been marching toward the north, planning to open the first supermarket in Hanoi in early 2014.

In May 2013, NTUC FairPrice, a retailer from Singapore, joined forces with Saigon Co-op to set up a joint venture to run Co-opXtra and C-opXtraPlus chains.

The death of Vietnamese brands

Once cherishing the ambition of developing Pho 24 into a global brand, the brand owner Ly Quy Trung finally decided to sell the brand for $20 million.

The buyer of Pho 24 was VTI, the owner of Highlands Coffee. Shortly after buying Pho 24, VTI has sold 50 percent of its stakes to Jollibee, a group from the Philippines, for $25 million.

Analysts said Trung had to sell Pho 24 when more problems arose during the business expansion. Domestic shops then got “worn out,” even though the service quality was still maintained.

The lack of capital was believed to be the biggest problem at that moment. It was the time when VinaCapital withdrew its capital. Investment funds generally withdraw capital from companies after five years of investments.

The problems in the corporate governance then also put big difficulties for Pho 24 to compete with the foreign brands like KFC or Lotte.

Vietnamese companies are believed to be inferior to foreign ones due to their short term vision and the business strategies which only aim to short term benefits. Besides, they are not professional and experienced enough to run food chains.

The story of Bibica has been a hot topic in the discussions of the business circle. Bibica, with ambition of becoming the Number 1 in the sweets market, in 2007 decided to cooperate with South Korean Lotte, which then bought 30 percent of Bibica stakes.

However, Bibica later admitted cooperating with Lotte was a wrong move. The South Korean partner, which has increased its ownership ratio to 38 percent, has shown its intention of take over Bibica.